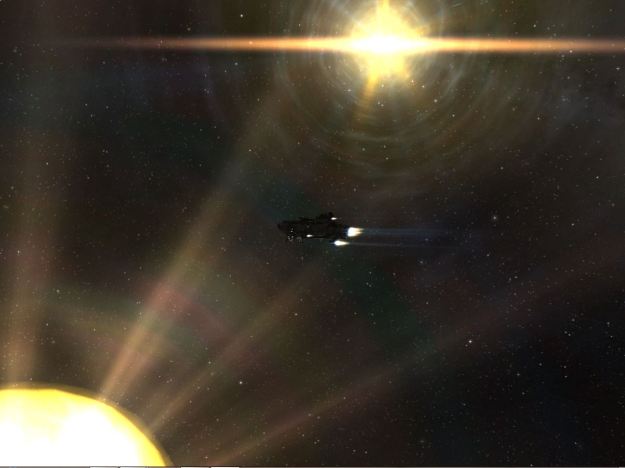 Selfie at the Eve Gate

A wormhole dumped me into Genesis,  and I was only about 6 jumps from the Eve Gate.  I decided to make the trek.  Not all that impressive really. 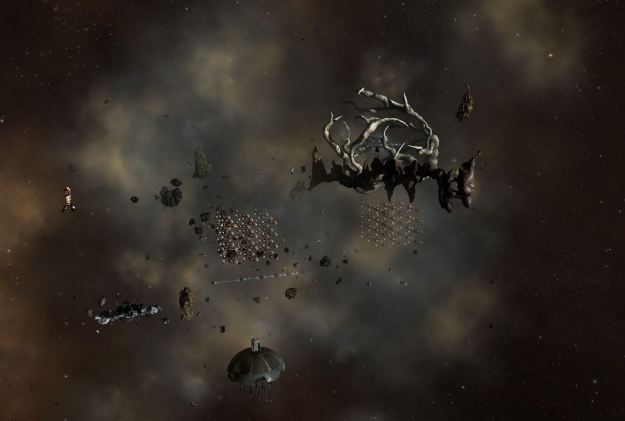 A view of the Blood Annex

I entered a Blood Annex that was curiously devoid of ships.  Shooting the structure still brought the Overseer, so maybe someone else cleared them and left?? 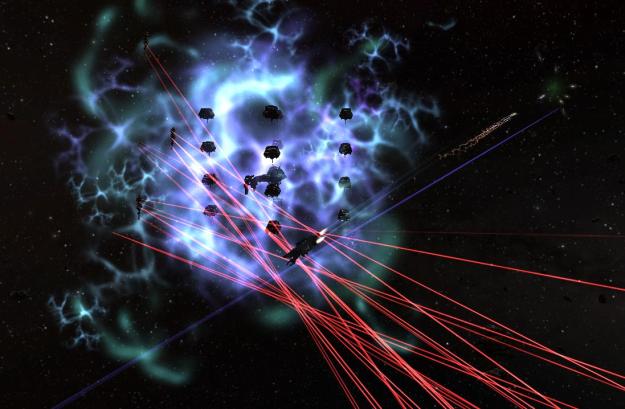 The final escalation of Sansha’s Owned Station was decidedly NOT devoid of ships.  I turned off my HUD and just stared at the screen for a while.  Eve really is a beautiful game.

I was able to finish the Sansha Owned Station expedition.  It was the first time that one escalated all the way for me.  Oddly enough,  the last site of the escalation was in lowsec not nullsec.  It didn’t drop much, just an A-type Kinetic membrane worth about 40M isk.  The second to last site was actually better, it dropped a True Sansha Stasis Web worth about 180M isk.  Total haul for the minor annex and escalation was about 450M isk.

I made some notes on it and will eventually make a guide about it.

Welcome to the Exploration Log. The semi-regular updates where I report actual exploration game time along with the results.

Comments: It has been 30 days since I last docked my main.  In that time, my alt has docked 4 times.  He 1)picked up missiles at a station, 2)picked up skillbooks at another station, 3)bought some morphite at another station, and 4) dropped loot at a highsec station for shipment to Jita.  This project will probably continue indefinitely.  My main may never dock again (unless he gets podded or I feel compelled to restyle my profile pic).

I have had several short sessions of playtime over the last week.  Most of them have been nothing.  I ran a minor and regular blood annex with little loot and no escalation.  I ran a couple of relic and data sites just because I wasn’t finding anything else.  I haven’t seen a Ghost site in lowsec in probably 3 months.  I have followed a couple of wormholes into nullsec and found nothing.  Basically, I was having a pretty dry run at exploration.  It happens.

That changed tonight.  I was running the same systems (in reverse) that I had run a couple of days ago.  This time I found a Sanshas Minor Annex.  I ran it, it dropped about 230M isk in loot and it escalated.  Nice.  On my way to the escalation, I found a Crimson Hand Supply Depot and decided to run it as well.  The last time I ran this, I got basically nothing.  This time, I got a Cynabal BPC (120M isk), a Corpum A-Type Energized Adaptive Nano Membrane (1,000M isk), and a couple of other Corpum A-type items.  My total haul for the 2 sites was over 1.4 Billion isk.

I should still have the opportunity to run the escalation tonight so I will see if that turns into anything.  (It did).

The Sansha’s Nation Neural Paralytic Facility is a DED rated 5/10 complex found by scanning cosmic signatures in the low-sec regions of Derelik, Devoid, Domain, and Tash-Murkon

It is a 3 room complex with Slave Ation09 as the final boss. The official wiki does a nice job of listing the ships you will encounter. 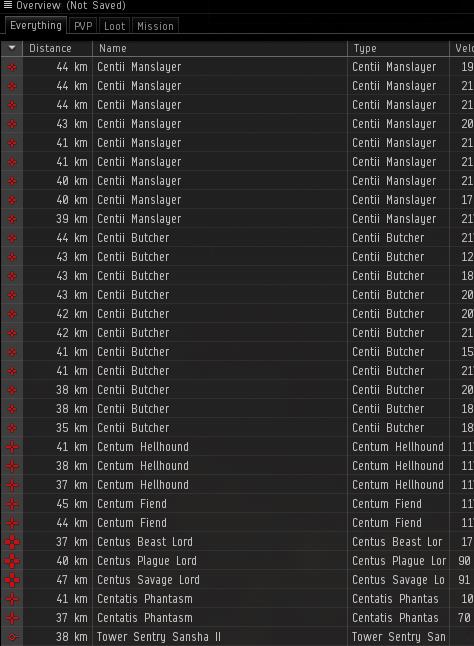 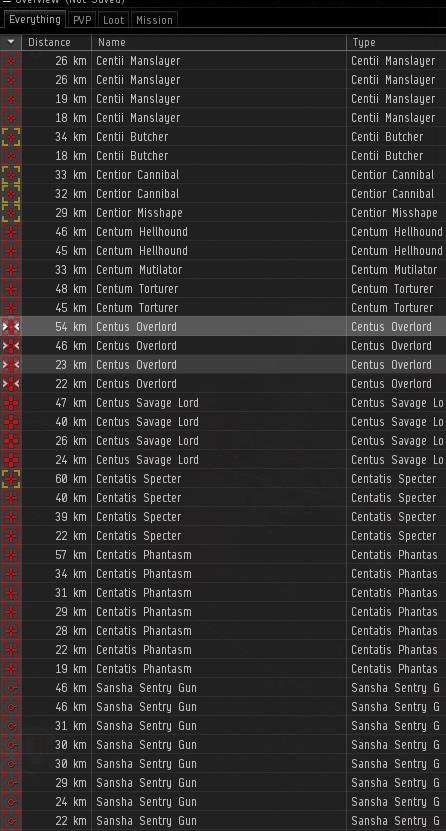 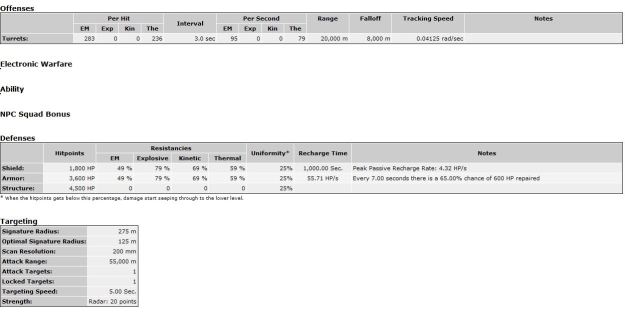 Fits: I have done this complex with both my generic lowsec fit and a faster, more expensive fit outlined in my Sansha’s 6/10 guide.

Tactics:  For those of you who like to blitz your exploration, welcome to you new favorite complex.  In terms of average ISK per hour, this is probably the most profitable complex there is.  And while the incoming dps is high, there is no e-war other than tracking disruption and 3 webbing towers in the final room.

Room 1: Kill everything.  Sentry gun is optional.  With only 3 battleships, this room should go quick.

Room 2:  This is where you can blitz.  The Centus Overlords (see highlighted ships in Room2 pic) control the gate unlock.  They are the only ships you have to kill.  Usually, there are 3 of them, but there may be as few as 2 or as many as 4.  Once they are destroyed, you can activate the gate for the final room.  If you are a completionist, there are more battleships here for you to kill, so feel free.  The dps in this room is high, make sure to maintain some velocity.

Room 3: You are webbed on warp-in and the incoming dps ratchets up quickly.  But as long as you have good range, you can kill the Overseer very quickly.  His weakest resist is EM at 49% so Mjolnir missiles are best (as they are for the rest of the complex).    Bookmark the wreck and warp out.

Bounties are about 9-15 million (depending on if you blitz). 18th Tier Overseer’s Personal Affects (guaranteed drop) is about 42 million.   You may also get True Sansha modules, Centum B-type modules, and/or a Phantasm BPC. The best drops I have received are a Centum B-Type Energized Adaptive Nano Membrane worth about 400 million and a Centum B-Type Medium Armor Repairer worth about 250 million.  You can get more than one drop or you may get nothing.

The Sansha War Supply Complex is a DED rated 6/10 complex found in the low-sec regions of Derelik, Devoid, Domain, and Tash-Murkon and the null-sec regions of Stain, Paragon Soul, Esoteria, Catch, and Providence.

It is a 5 room complex with the “Overseer Skomener Effotber” serving as the final boss.  The official wiki does an ok job of laying out the ships you may encounter.  The complex takes about an hour to run depending on your fit.  There are a total of 34 battleships (4 of them faction) that must be killed with a few more that are optional. 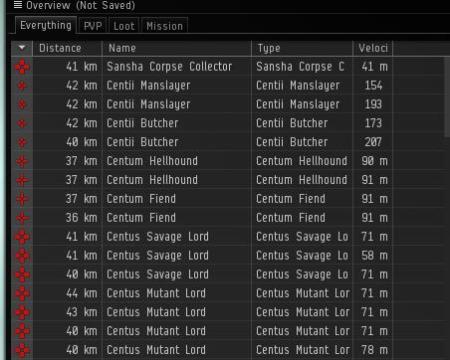 This first room is fairly easy.  There is some tracking disruption, but no other E-war.  The faction BS does somewhat higher damage, but is fairly easy to kill.  I have never seen it drop faction loot.  There are 2 gates here.  The Supply Pit is optional.  The Product Park must be done. 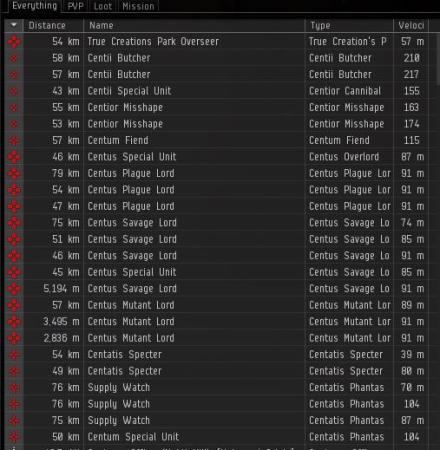 This room is mostly noteable for the number of battleships that must be killed.  Three of them start out on top of you and the rest are about 40-50km away.  I have never seen the Overseer drop faction loot. 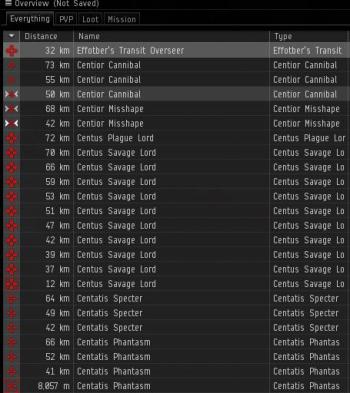 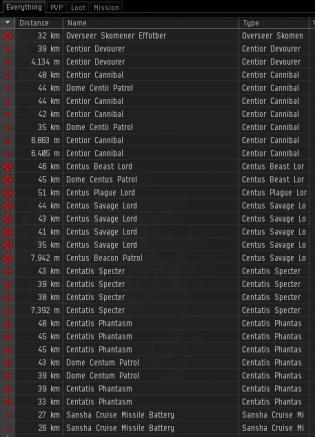 As long as you have the tank in my suggested fittings, you can head straight for the Overseer.  There is some tracking disruption, but no other E-war in this room.  The overseer likes to hang out near the large asteroid/station so you need to be careful in your approach.  I highly suggest flying manually past the asteroid and then setting a nice close orbit of 500-1000m around the Overseer.  If you aren’t careful you may get hung up on the asteroid and take more damage than you can handle.

The Overseer has a very tough tank.  Armor starts at 6800HP with very high resists against everything but EM.  Armor resist profile is EM 70% / Explosive 90% / Kinetic 85% / Thermal 85%.  In addition, he repairs 1200 HP every 8 seconds (effectively 150 armor/second).  This means you need over 1000dps if you are using Kinetic/Thermal damage (85% resists brings this down to 150dps which is also the amount repaired each second).  Using pure EM damage you need to do over 500dps.  This is one of the reasons that the Tengu with its selectable damage does so well in PVE.

My standard lowsec Tengu fitting works fine here.  It takes about 50 minutes or so to complete the complex and it kills the final Overseer with one or two reloads.

However, I have had to skip at least three of these complexes recently due to not having enough time to run them.  So I put together a faster fit.  This fit is expensive and not something I recommend if you have a tight budget or frequently lose ships or are aiming for any kind of killboard efficiency.  (I nearly lost this ship yesterday, but that was more due to a series of mistakes than anything else.)


So that is about 1.4 Billion ISK (counting the Tengu Hull, plus a bit more when you add in the scanning/covops subsystems) .  I think it shaves about 15-20 minutes off my completion time for the complex and it allows me to kill the Overseer without reloading.

Bounties are about 35 million. 19th Tier Overseer’s Personal Affects (guaranteed drop) is about 52 million. You may also get True Sansha modules, Centum A-type modules, and/or an Phantasm BPC. The best drops I have received are a Centum A-Type Energized Adaptive Nano Membrane worth about 850 million and a Centum A-Type Medium Armor Repairer worth about 355 million. You can get more than one drop or you may get nothing.

Most Read Posts (as picked by Wordpress)

A journey through the mind